One, the determination of fuse capacity

After determining the circuit current, select the appropriate specifications of the fuse.At room temperature (25℃), 75% of the fuse capacity is selected as the working current of the electrical load. When the ambient temperature is high, the current carrying capacity of the fuse will decrease. The following two empirical formulas can be referred to, which are described as follows:

I protection is equal to I 0 over kT

I is equal to P over U

I insurance – Calculates the current of the fuse

I – The rated current of the electrical appliance

P – The rated power of the electrical appliance

U – Rated voltage of electrical appliance

T – Maximum operating temperature where the fuse is located

In general, the specifications of the fuse end with the nearest specification greater than the calculated value;For shorter working hours, not often

You can choose a fuse of a relatively small size for the electrical components you use.

The maximum indoor working temperature is 85℃

The maximum working temperature of forward compartment is 120℃

For the calculation formula of the above two fuses, formula one is preferred

In the case of common insurance, the insurance size should be calculated according to the total power of the load, but the corresponding relationship between the insurance and the conductor must be selected according to the above table.However, for the load on the ECU and its sensors, airbags, ABS and other electrical components that affect the safety of the vehicle, it is not allowed to share the insurance.Each large current load must have its own separate fuse.

Second, the selection of fuse type

Choose the type of fuse (slow fuse or fast fuse) according to the electrical load characteristics in the circuit.Fuses can be divided into slow fuses and fast fuses according to different fuses.Fast fuses are commonly used in resistive circuits to protect some components that are particularly sensitive to current changes.The slow fuse is often used to disconnect the circuit quickly when the circuit state changes due to the fault of large inrush current.

Finally, according to the inductive/capacitive circuit (e.g., fan motor circuit), it can withstand the impact of the surge pulse when the switch machine, and the assembly location of the real risk wire is selected suitable structure of the fuse type.Priority is given to fuses that take up little space after installation.

Three, the setting of fuse position

When A short circuit occurs at A or B as shown in the circuit diagram, the fuse can be blown out in time to protect the circuit and switch;

As shown in the circuit diagram, the switch will burn out in case of short circuit at A, and the fuse cannot be blown out in time, so the front line and switch cannot be protected.If a short circuit fuse occurs at B, it can be timely fuses, which can play the role of protecting the circuit.

After determining the specifications of the fuses, priority is given to the used fuses to reduce the development cycle (reduce product performance test verification). 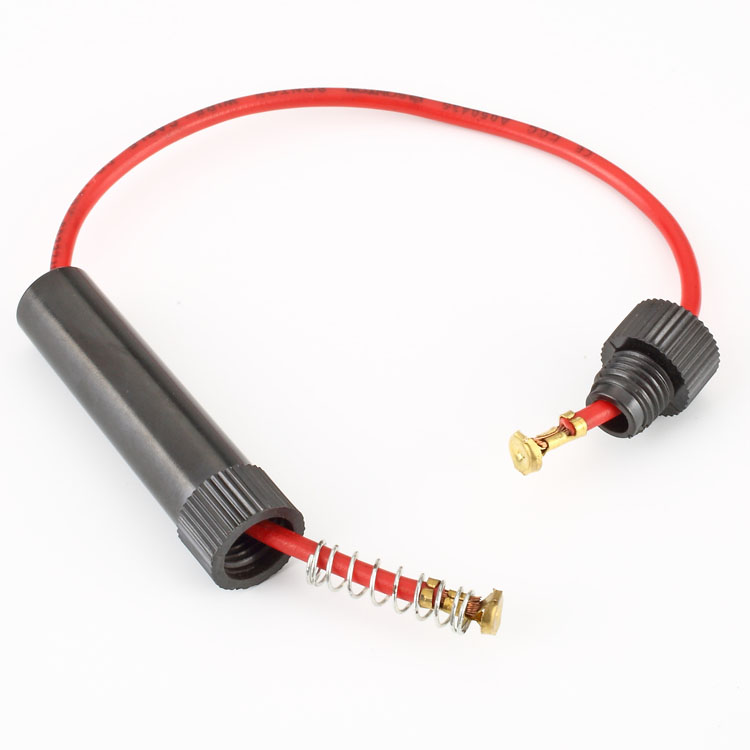