Why Does The Car Fuse Holder Break | HINEW

In our daily life, car fuse holder is often called “fuse”, its function and household fuse holder is equivalent, when the circuit current is abnormal and exceeds its rated current, it will be fused, play the role of circuit protection.The following is from Hinew, a car fuse holder manufacturer, to talk about why auto fuse holder are damaged. 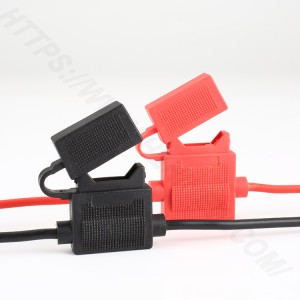 In recent years, the modification of the headlights is in full swing. In order to have a better night vision, many people choose to change the high-power headlights or xenon lights.If the lamp power is greater than the original factory design of the maximum load, fuse block is inevitable.

Many car owners in order to pursue perfect auditory effect, will be modified for high-power sound.As same as principle of improved car lamps and lanterns, when acoustics power is greater than power of original installed lamps and lanterns, fuse also can fuse.

Although today’s car circuits are waterproof, using a water gun at such a high pressure to clean the engine compartment can easily cause a short circuit, which could damage the fuse. 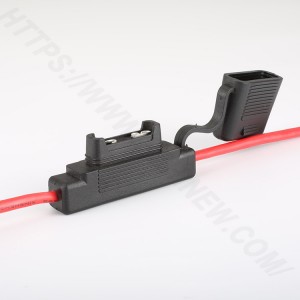 The device can change the power of the cigarette lighter from 12 V to 220 V, that is, it can consume a lot of power. The consequence of doing so is that the fuse is damaged naturally.As big as the fingernail car fuse seat, but in the car plays a role that can not be underestimated.

These are the reasons for the damage of the car fuse holder.If you do not understand, welcome to consult us.We are an auto fuse holder supplier “hzhinew.com” from China.